Sometimes it’s good to be a little spontaneous…

As someone who loves planning every aspect of a trip the thought of not even knowing what your destination is going to be is a nightmare, however last year the Mr feeling a little spontaneous bought us a lucky dip Wowcher deal at £99 per person. The list had amazing destinations on it so my initial worries were stilled and when the result came through as Malta I was pleasantly surprised. It’s never been on my wish list or really my radar but a few days in a relatively sunny country in January sounded alright be me. So when the date finally rolled round we packed up and headed for Gatwick.

The deal includes flights and accommodation. We flew Easyjet in the very early hours of the morning and stayed at the Maritim Antonine Hotel & Spa. It was a nice hotel with three pools and a spa it just needed a little TLC in some places but was a great base for the trip. We were staying in the northern part of the island in a town called Mellieha which is around a 40 minute taxi journey. You can book a taxi when you get to the arrivals lounge at the airport or use Bolt, which is basically uber but better, plus you can pay cash at the end of your trip. 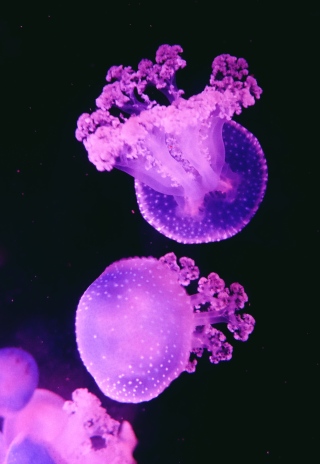 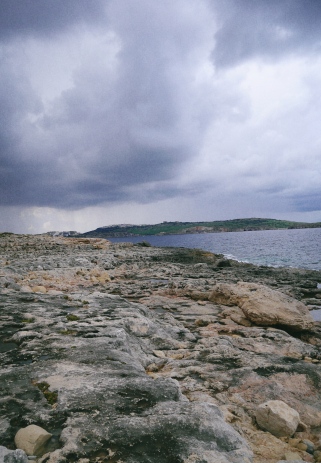 We hopped off the plane slightly stiff from awkward plane sleeping positions and still had around five hours till we could check in, so we jumped in a taxi and headed for St Pauls Bay where the National Aquarium is. If you’ve been a follower of the blog for a while then you’ll know that the Mr and I love an aquarium; so although this had been our rainy day contingency plan we decided to just head there anyway, and it was the perfect early afternoon activity. Feeling recovered from our plane journey and with a coffee to fuel us we decide to walk to the hotel, we had only packed backpacks so there were no suitcases to drag. After a gorgeous two hour hike across rocks, through towns and up one huge hill we arrived, checked in, splashed around in the indoor pool before quickly eating dinner in one of the hotel restaurants – nothing to write home about and fell into bed. 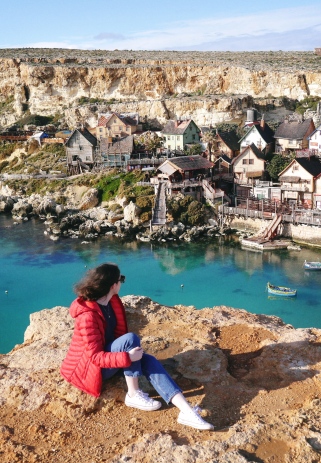 We woke up the next morning feeling refreshed and ready for a proper day of exploring. We always seem to find the most bizarre places to go to when we are away; it’s like a magnet draws us to them and this time it was the Popeye Village. The film set of the 1980 Musical Production “Popeye”, today is one of Malta’s major tourist attractions. You can wander in and out of shop fronts and characters houses as well as in the summer months take a dip in the bay. It’s really quirky but we loved it! Once you’ve had your fill of Sweethaven fun, take a little stroll round the cliff tops to get some awesome views across the bay.

In need of refreshment we walked back into town and settled ourselves in a little waterside bar called Blu to treat ourselves to a cocktail or two, I can’t resist an Aperol Spritz especially when you can sip it by the ocean with sunglasses on in the middle of January. 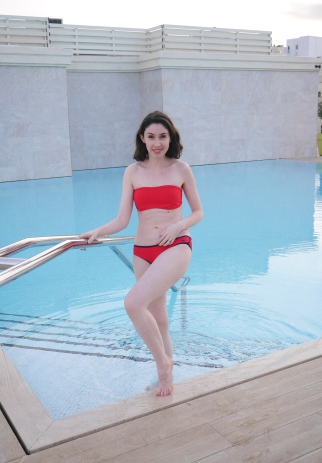 We wandered back to the hotel with the spa in our sights but not before popping up to the rooftop pool, it was however absolutely freezing and we took some quick snaps before heading for the warmth of the steam room. I can imagine in the summer this is buzzing, they have a rooftop bar as well so you can enjoy the gorgeous views with a glass of something nice.

The Best Octopus on the Island 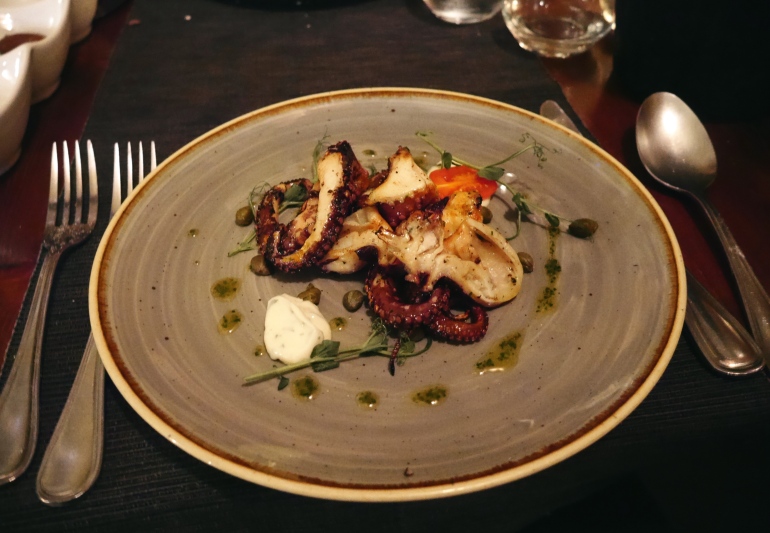 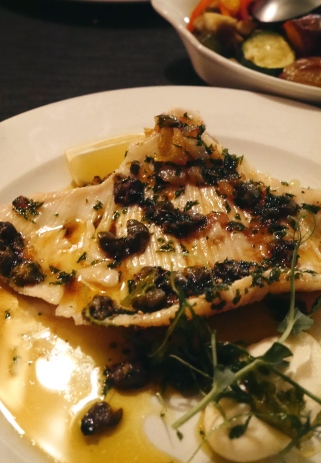 Feeling pampered we changed and headed out for dinner. I’m normally more organised when it comes to restaurants but this time we turned to TripAdvisor to find the best restaurant in the town and it came up trumps. Bouquet Garni, just a few minutes walk from the hotel is a cosy little restaurant run by the most charming man with his sons in the kitchen. The menu is small but mighty and every bite delicious. The Mr started with the octopus, which was melt in the mouth and the best we’ve ever had, before we both moved on to the catch of the day. Skate Wing with caper butter for me and the local fish (the name is escaping me right now) baked with tomatoes for the Mr. Paired with a bottle of Gavi it  was the perfect way to celebrate our time in Malta. 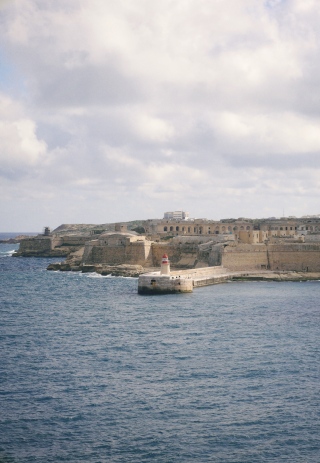 On our last day and before our evening flight home we hopped into a Bolt taxi and headed for Valetta. It is such a stunning place and steeped full of history, if we were to revisit Malta then I would base us there as it’s more central. The Mr loves anything to do with historical wars so we headed to St Elmo’s Fort and it’s War Museum. Not 100% my cup of tea as there is only so much World War memorabilia I can look at but the early history and the Great Siege of Malta was incredibly interesting however the Mr loved every second of it. As the sun was shining we decided to try and make our way out to the lighthouse however it’s not an actual pathway and at one point the stairs sort of fell away so we turned  back but we weren’t disappointed with the views we saw along the way.

Despite never having had Malta on our bucket list I throughly enjoyed the few days we spent and I might even consider doing another lucky dip holiday! The only downside was the horrendous early morning flight but we got over that after a coffee (or two). If you’re looking for a winter holiday then Malta is definitely a good idea, it’s not super hot (which I personally like) but the sun is shining and the locals are lovely, plus there is so much to do.

Have you ever done a lucky dip holiday?

There was an error retrieving images from Instagram. An attempt will be remade in a few minutes.