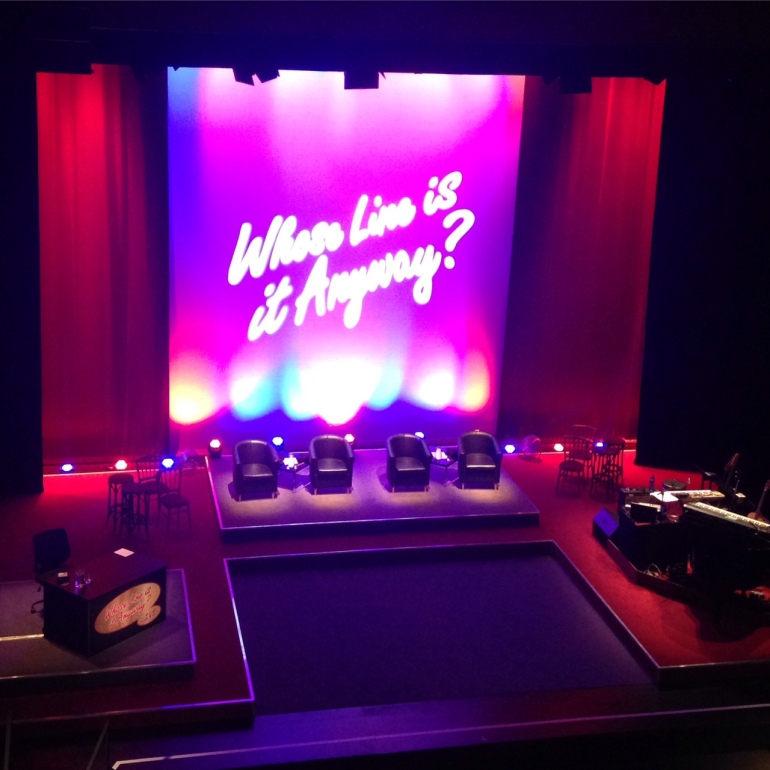 If you grew up in the 80’s or 90’s you might remember an amazing TV show called Whose Line is it Anyway which has recently been re-instated on American TV. Its an improvisation comedy show using suggestions from the studio audience and hilarity ensues. For two weeks only a few of the old and current members have got together to bring us Whose Line is it Anyway Live at the Adelphi Theatre.

Not wanting to miss out on the giggles K and I immediately booked tickets and we weren’t disappointed. A two hour show full of improvisation, rapping, audience participation and giggles. Even if you aren’t in the front row it will still have you rolling in the aisles. Performing are Josie Lawrence, Greg Proops, Colin Mocherie and Brad Sherwood and the whole show is presented by Clive Anderson.

If you can still get tickets I highly recommend it!

Peace Out and Pixie Dust XO

Update: Whose Live is back this year but this time its playing at the London Palladium ticket information can be found here.

Despite my constant want to be hibernating still I managed to cram quite a bit into January
Attempting to get maximum Auntie points by making a balloon stack with no knowledge on how to do so. Steps below if you want them - all balloons biodegradable.
Celebrating the big sisters birthday with good food, silly games and most importantly cake (baked by me)